This past week I traveled to Ireland for work (not photography related) and amid my busy schedule of meetings, flights and not so much sleep I was able to spend about a half an hour walking through the small seaside town of Crosshaven. I was lucky enough that the person I was meeting in Ireland, Caroline, was willing to drive me around on the way to the airport or else I wouldn't have seen much of anything. The village was exactly how I pictured it would be from my mental image of Ireland that has been constructed over the years of watching movies and seeing pictures.

I think my favorite memory of the entire trip though, was the smell of cow manure as we were getting off the plane in Cork. The airport only has five gates and is nestled amongst farms. So instead of the smell of concrete or gasoline, I was greeted in Ireland by the smell of farms. Then, my cab driver, who spoke in an accent so thick I had to fake understanding at points, had no problem squeezing in his, and the city of Cork's, entire history in the ten minute ride we shared together. When describing the economic troubles of Cork and the 14% jobless claims, he only said that he had to believe in the words of his parents, "The apples will grow again, they always do." 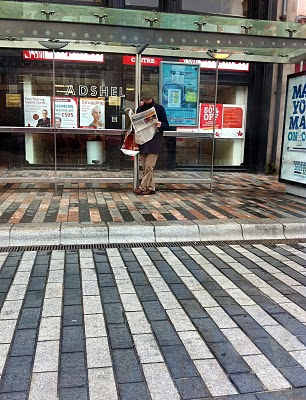 This photo, I think, describes some of the changes in Ireland. The man seems to be a quintessential Irishman, with his glasses, tweed cap and newspaper. He seems to belong on a small lane in a small village but here is surrounded by the hustle and bustle of a city that perhaps has grown up around him instantaneously. 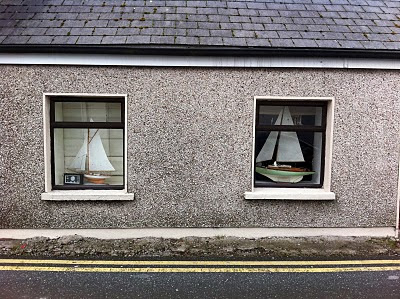 My favorite. Many of the roads in Crosshaven were one only one lane. The double yellow line suggests that at some point these were two lane roads that houses covered when they fell from the sky. 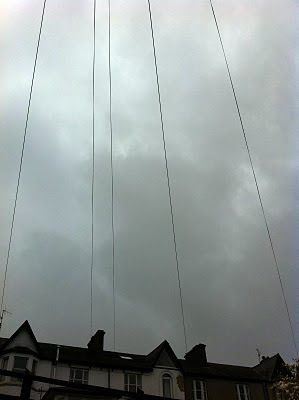 Power lines are everywhere. So are TV antennas. 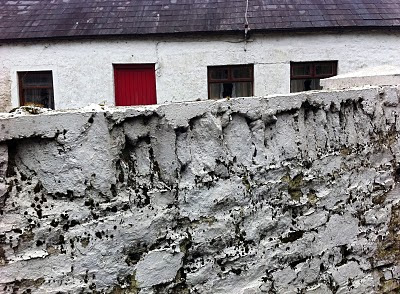 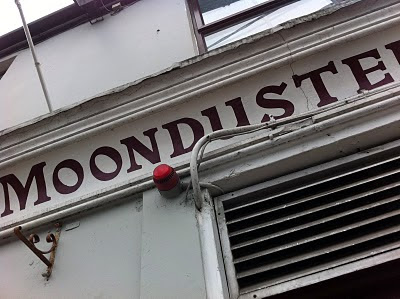 The Irish have the best pub signs. Each is a work of art. 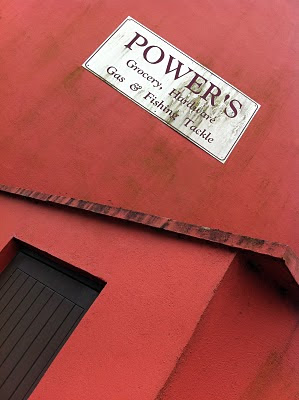 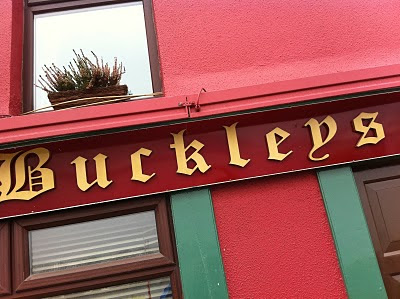