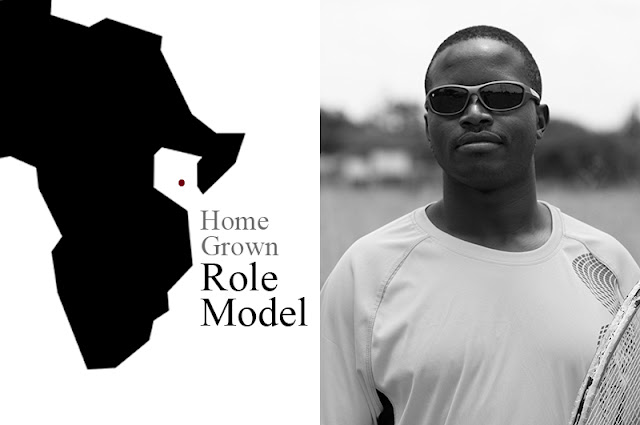 *Note: I'm posting this article as an introduction to a fundraiser to help continue the great work of Bobby Odhiambo. If you read this article and would like to help out, please visit the fundraising page at www.crowdrise.com/supportingahomegrown
I was introduced to the Nyanza Lawn Tennis Association, and the wonderful work of Bobby Ochieng Odhiambo and his team of volunteer coaches, through a co-worker in Kisumu, Kenya named Katie. She lived in Kisumu, Kenya’s third largest city, for roughly five weeks, and become involved with the NLTA after she started taking lessons at the club.
My ears perked at the sound of tennis, as I too have been an avid player and follower of the sport. Unfortunately for me, during my two weeks in Kisumu, I was never able to find the time to step foot on a court. However, the morning I was scheduled to depart for Nairobi, I received a call from Katie inviting me to watch a children’s tournament for underserved youth, which was sponsored by the NLTA. She also mentioned they were looking for photographs. I gladly accepted, eager to learn more about the coaches that provided hope and opportunity through tennis.
We shared a tuk-tuk, a three-wheeled motorcycle with a bench seat and a roof, on the way to the grounds. During the bumpy ride Katie explained to me a bit of the backstory of the tournament. One of the coaches of the NLTA is a man named Bobby Ochieng Odhiambo, who originally is from Kibera, a notorious slum in Nairobi. He moved to Kisumu 13 years ago to work as a tennis coach, after overcoming incredible odds, and now dedicates his Saturdays to giving free tennis lessons to less fortunate children in Kisumu. 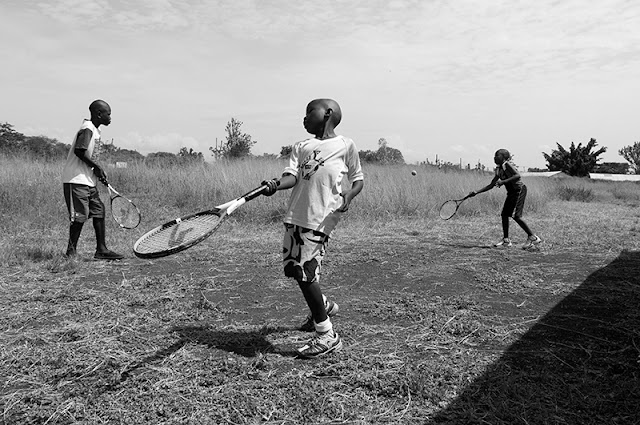 As we headed past the actual Nyanza Lawn Tennis Association, which is in a wealthy neighborhood named Milimani, I asked where the tournament was being held. Katie told me that the Saturday lessons, and today’s tournament, took place on four concrete courts just outside of some of the slum areas in the city center. The courts had been built with public funds after three years of lobbying.
As we arrived at our destination, I was struck by the amount of space that was available for sporting activities. An expansive field held a football pitch and an old, unused basketball court. At one point the grass had been cleared but now sections were completely overgrown. The only area that appeared to be relatively well maintained was that containing the four concrete tennis courts located in the far corner of the field, bordered by the road.
A tent was set up to shade those players not involved in a match. August in Kisumu can feel like standing in an oven with the broiler turned on, with temperatures reaching the mid 80s and the sun hovering close due to an elevation of roughly 4300 feet. As we neared the courts, I could hear the sounds of tennis balls on rackets and kids celebrating after points. 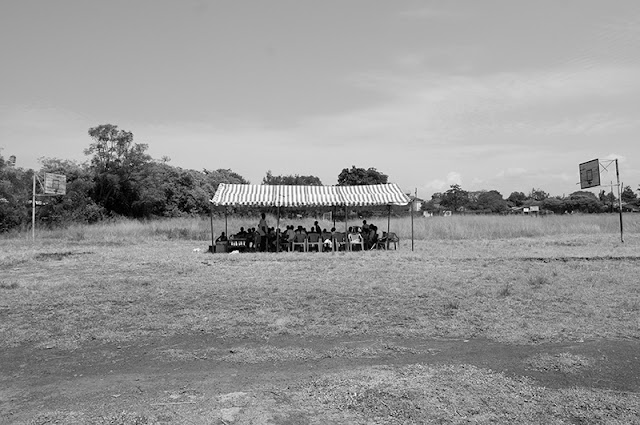 We got out of the tuk-tuk and were immediately greeted by the smiling face Bobby Ochieng Odhiambo. Holding a racket in one hand, he was dressed in a bright orange tennis shirt, black reflective sports glasses and sandals. Before heading out to photograph some of the activities of the day, I chatted with Bobby a bit about his background and why he provides lessons for free.
As it turned out, Bobby’s life in tennis didn’t start in earnest until his family was unable to raise the funds needed to send him to college. He was granted admission to the Kenya College of Mass Communication but came from a modest background, being raised in the Kibera slums in Nairobi. The start of school came and went and Bobby wasn’t able to pay the fees to enroll.
“My aunt accommodated me while my family searched for funds for my college. This was around 1998. Due to the pressure that I was idle after I couldn’t attend college I became desperate. I started joining my cousins for tennis training and my interest grew a lot.”
The funds for Bobby’s schooling never came through. Luckily, his motivation to succeed matched his athletic abilities and he quickly became very good at tennis. He started assisting coaches and soon was left alone to instruct their clients. He grew his skills by playing at the Jim Davis Tennis Academy during lunchtime when no one was on the courts. He slowly built a client list and while serving two different clubs in Nairobi he received a call from a friend informing him of a job in Kisumu. He applied and passed the interview process, earning the role of the tennis coordinator for the School Tennis Initiative for a salary of 5,000 Kenyan Shillings per month, or roughly 50 dollars. “I came with two rackets in a bag,” he says. “And I’ve never wanted to return.” 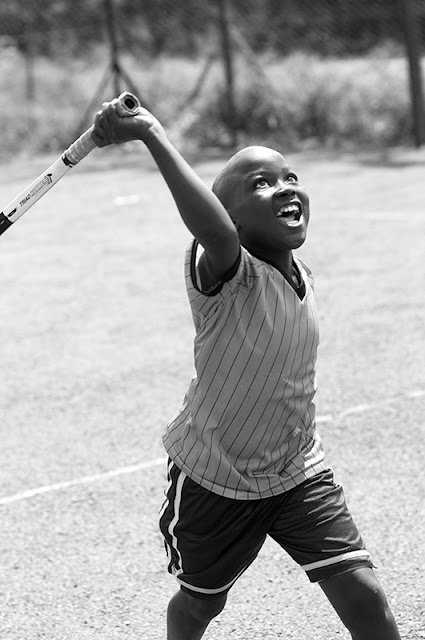 He built his reputation in Kisumu slowly over time. He worked as a coach at the private club in town and also sold his services to schools. He mentions that times were often tough and he went through many months where schools would default on their payments, leaving him without any income.
Five years after arriving in Kisumu though, in 2008, the Nyanza Lawn Tennis Association was born. “We saw a need to govern the tennis in this region as it became difficult to get things done from Nairobi,” he says. “The NLTA is built around tennis enthusiasts who volunteer their time to serve the purpose of making tennis accessible especially for those who cannot afford it.”
When asked about the Saturday activities, he smiles and says he does what he can. “I saved up for two years to purchase my smartphone, so I can run everything through here,” he mentions as we chat. The phone he has is a Samsung with full capabilities to manage webpages and social media accounts. “But everything that we have to promote the club is done through here: photos, videos. Well we don’t have any videos yet,” he says with a smile.
Bobby also mentions how helpful social media has been. He personally has a twitter account, an Instagram account, and uses Facebook and a website to promote the club. The work is paying off, as a tennis pro in Australia saw their webpage and began raising money to aid Bobby’s initiatives. The balls and rackets the children used during the tournament came from this donation. 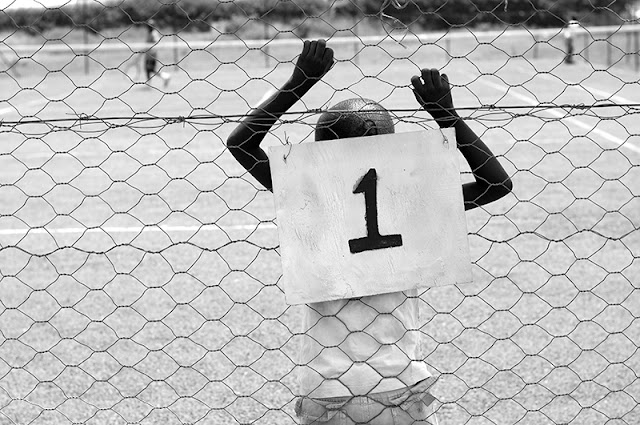 “We do what we can with what we have,” says Bobby. Looking around at the 50 or so kids playing tennis with good equipment on decent courts, you realize they’re doing lots. But there is still work to do. There are no real changing facilities at the courts, which is usually fine for the boys but more of an issue for the girls. There are no flush toilets, and just a simple pit latrine as a bathroom in the back. Also, the free lessons have become so popular that the four courts are unable to accommodate the interest. With all the space available in the field, more courts could definitely be built; it’s just a question of funding.
Even today, kids are practicing on the non-improved part of the field behind the tent. A mishit ball sends two or three children searching through the three-foot grass, whacking away with their rackets. I’m also told that some kids living deep in the slum areas aren’t able to make it to the courts on Saturday. To reach these children, Bobby talks about a backpack with some rackets, some balls and some string. “Even string is useful. That’s how I started. You throw the ball over the string against a wall and hit it back. It’s good for learning tennis.” 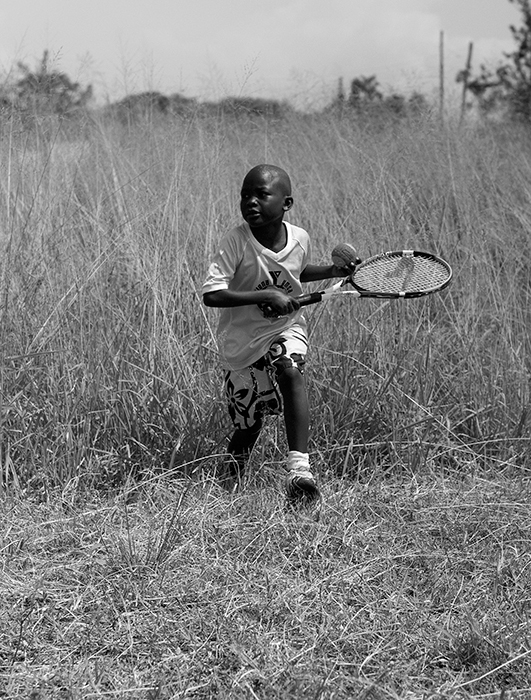 Bobby is currently looking for ways to grow the club’s impact. “We are looking for corporate sponsorship, but haven’t found it yet,” says Bobby. He continues to say its been difficult as he wants to ensure he can do things his way, and not be governed by an outside body simply because of donated funding. But I imagine the temptation to accept any money is strong as the impact made on the kids is palpable.
“It is wonderful to be able to influence the children,” he says. “We can tell them to steer this way, and they do.” He’s not wrong. Sports in the past have worked wonders for kids that otherwise wouldn’t have had anything to do. Not only does it occupy and perhaps remove them from risky situations, it also teaches stamina, competition, fair play, and work ethic.
“We noticed players in the slums are easy to work with because of their living situation. They have things like mental and physical toughness, commitment, you name it,” Bobby says. “They just need to be given the opportunity. These students can be the best in the world.”
Walking around the courts all of this is readily apparent. Many children will give a resounding “Come On!” after each point won in the same manner as pros like Roger Federer or Rafael Nadal. To them, this is serious business. To Bobby as well. To me, as an outsider looking in, I am enormously impressed at the power of the human spirit. 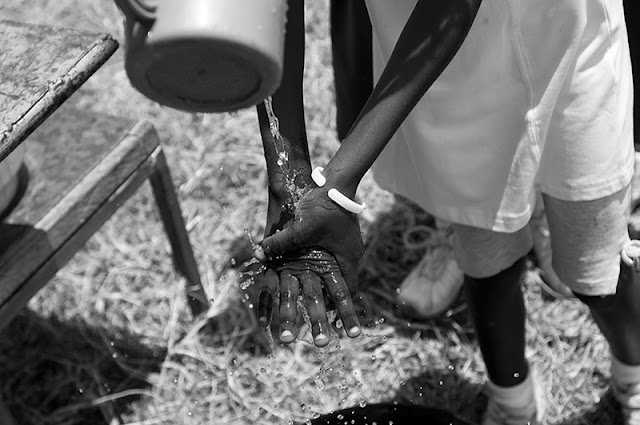 Tennis is just a game, but that game provided Bobby with an opportunity that he is now able to pay forward. While Nairobi features roughly 7,000 NGOs, Kisumu is not as much of a focus, so locals helping locals is enormously important.
“I am doing nothing now but tennis,” he says. But my observation is different. He provides food during the tournament that is purchased from his own pocket. All the coaches ensure that each of the children wash their hands with soap and water before eating; forming a habit that could save their and their family’s lives in a country where diarrheal disease is still a huge problem. Above all, the children here are happy and motivated to learn and do better.
He may just be teaching tennis. But he’s also giving these children a head start on life, with a set of goals and the skills necessary to achieve them. Most importantly, he’s giving them a role model, and it’s coming right from their own country.
*Note: I'm posting this article as an introduction to a fundraiser to help continue the great work of Bobby Odhiambo. If you read this article and would like to help out, please visit the fundraising page at www.crowdrise.com/supportingahomegrown
Posted by Jeffrey M Walcott at 1:10 AM 1 comment: